ICC T20 World Cup Match Schedule 2020 will be announced soon. On 11th December 2015, Friday ICC announced the complete ICC world Cup Schedule which includes Men’s and Women’s schedule and groups. The first round matches are scheduled starting from 08 March 2016 and it will continue till 13 March 2016. 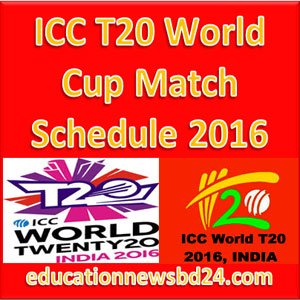 Six times of T20 world Cup is going to start in India from 08 March 2016 and it will continue till 03 April 2016. The first match will be played on 08 March 2016 at Nagpur between Zimbabwe vs Hong Kong and Scotland vs Afghanistan.

35 matches of T20 World Cup 2016 will be scheduled at total 8 venues including Eden Gardens of Kolkata, Bangalaluru, Mumbai, Dharamsala of India.

After preliminary or first round matches on 15 March 2016, India will host New Zealand in super 10 matches at Nagpur. The matches of India vs Pakistan will be scheduled on 19 March 2016 at Dharamsala Venue. Semifinals are scheduled on 30 and 31st March 2016 whereas Final or grand finale will be played on 03 April 2016 at Eden Gardens of Kolkata.

On 11th December 2015, Friday ICC has announced the Twenty20 world cup 2016 fixtures and groups. The tournament will start with the preliminary round on 8th March 2016 and the final will be played on 03 April 2016 in Eden Gardens of Kolkata. Below is the full list of features and dates.

Super 10 Round: Group winners and runners-up qualify for Semifinals 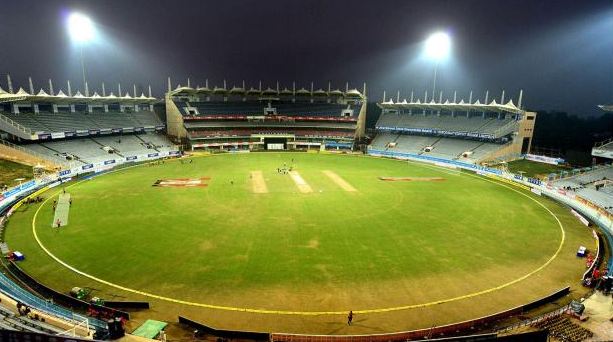 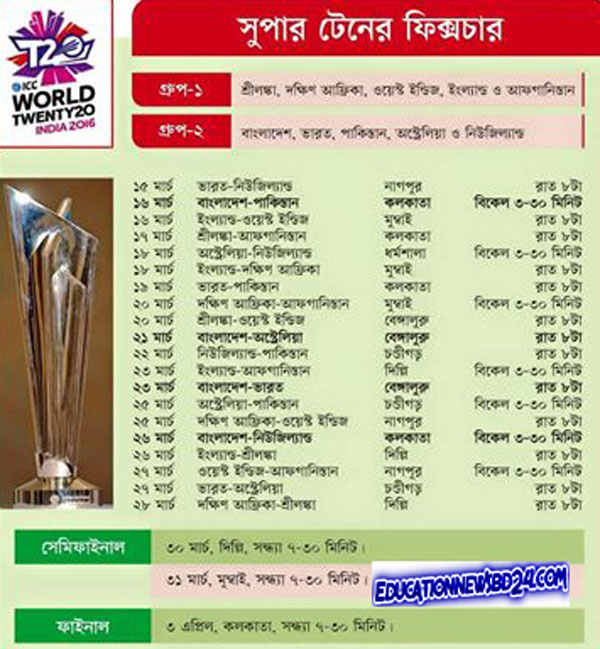 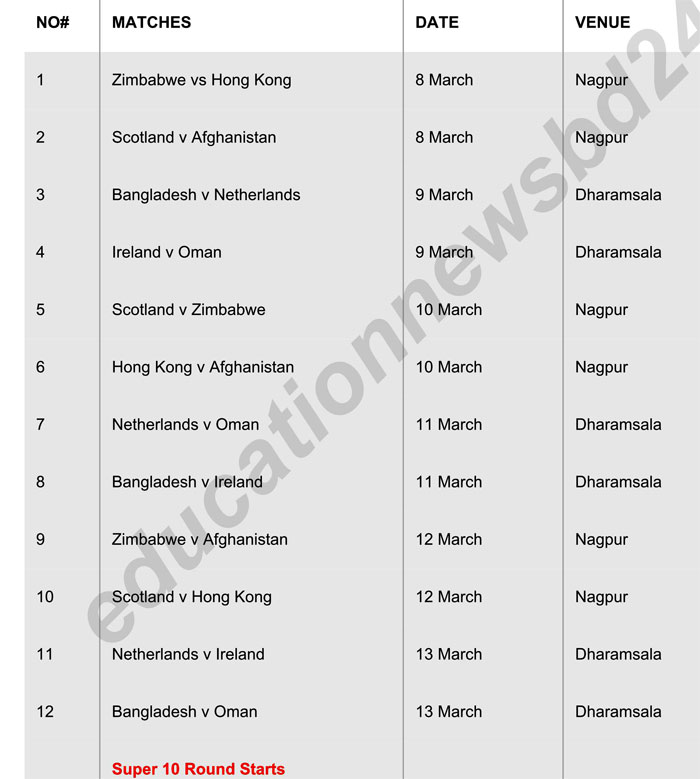 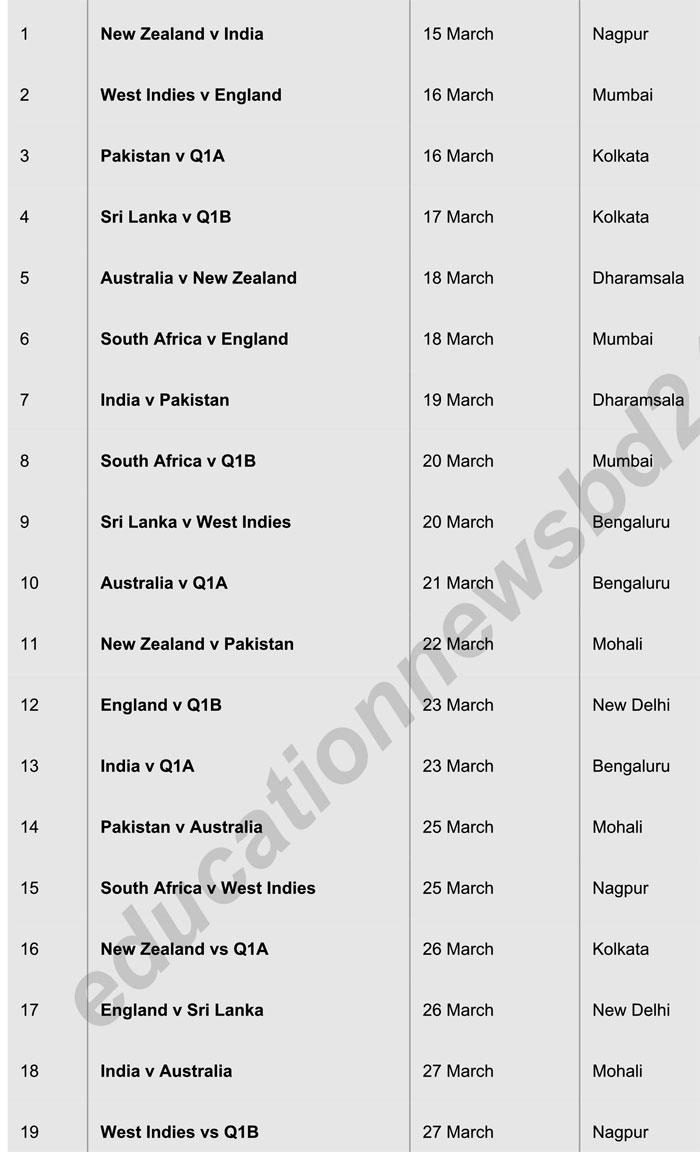 If you want to get the available information regarding “ICC T20 World Cup Match Schedule 2020” please always stay and follow this site:Common Target

This site uses Akismet to reduce spam. Learn how your comment data is processed.